skip to main | skip to sidebar

The People Have Spoken!

We took a paper poll at Boston last Friday, and overwhelmingly, the reponse to the Palla Grande question was:

We will likely reserve a small block of rooms at the Hartford Hilton or similar, but the event itself will take place at the Elk's Club. I snapped a few pictures for general review: http://www.flickr.com/photos/courtofstorms/sets/72157625778029081/
Posted by Sarah M at 6:49 AM 1 comments

Dark Colony: Hartford is looking to host our (usually) annual event November 11 and 12, 2011. We're in the midst of getting the hotel set up, and we need to get a more accurate read on attendance. Hartford is putting in a bid for Conclave, which ends Feb 12. We need to get 25 guest rooms filled for the weekend to lock in our price.

How many of you would travel to Connecticut for an event game this November, even if it's not a Conclave?

Over elections I asked both the Sabbat and Cam ooc list on their feelings on the war between the Sabbat and Cam. I asked them if they felt we should run some big meta-plot based on White Wolf (there are several WW sources that say how this can be done) to end the war entirely and turn it into a Cold War etc etc. I Also asked if they felt things where fine where they are and we shouldn't do anything.

The response I got was rather overwhelming to do something about it. Either people wanted the war done and over with or at least tone downed. In OWbN we have been running a constant Cam versus Sabbat war at a scale of 11 compared to the printed material. As such this has allowed for virtually no interaction between the two without resulting in combat only. While Justicar edicts about interaction with the Sabbat are not law of the camarilla, if an opinion is taken as the truth by the masses then it mine as well be.

Many people believe that the plot of the War between the two sects has been something that has been dragged out and wasn't something really thought out for a large world wide organization like OWbN. Many people are tired of it and some even look to the example of the NWoD and how the covenants interact. Most everyone said "I wish we had the option to be able to just RP with each other and not just chops."

So I come to you OWbN with a Poll in the vein of the one Joe Long did a little while ago. How do you guys feel about the Cam Sabbat War? Did you guys want some Meta Plot to end it and transform it into a cold war? Do you want it toned down at least to the levels presented in White Wolf? Or is everything ok as it is? I would like you guys to share this poll with your STs and Players, get a really good input from the org as a whole. We are playing a Dead Game, new books aren't coming out for us, it's ok to move forward with Meta-Plot and stories that are our own thing. If this is what OWbN wants I'm sure myself and Rojir can provide for your needs as we are here to serve you the games. If not, that is ok too.

I appreciate any input in advance and I'm sure this friendly poll into our future as an org will remain highly civil, friendly, and constructive (So please try to refrain from tangents)

The options for this Pool shall be as follows

Photos from the July Game

In the interest of adding entertaining content to the Boston site, I hereby invite you to write character blurbs. In my experience, you get a more scathing and insightful piece if you trade with a friend. Write one (or more) for someone else, and have a friend write one for you. To inspire you all to put fingertips to keyboard, I offer the currency of the realm - each blurb you submit is worth 1xp. Send them to arachneattire at gmail.
Posted by Sarah M at 10:51 AM 0 comments

Welcome to the new OWBN Boston site! My intention aesthetically is to keep things mostly black and white with a splash of violence now and again. That means I need photos! Snap a few pictures at game, or send me old ones. I want to have them for the site.
Posted by Sarah M at 3:15 PM 0 comments

Where would you like to play Boston's Werewolf game, Dogs of War? 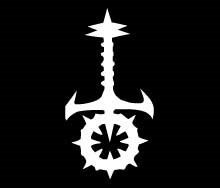